In Europe women were very happy with their hydrotherapy.

used  the Priessnitzian douche, a gravity-powered fall of water from a cistern  eighteen feet overhead. Lane, evidently in awe of women’s enthusiasm  for the effects of hydrotherapy, mentions a lady who took the douche in  the form of Niagara Falls, a sixty-foot fall at that point, and remarked,  with some understatement, that "the Water Cure commends itself to the  ladies."

W. B. Oliver, writing in the prestigious London medical   journal Lancet in 1896, said of hydriatic massage that "the mechanical   agency of percussion and vibration" of the water was modified by its  temperature, so that when the jets of water strike the surface of the skin  or "when it is applied in the form of a traveling douche accompanied by  a vibratory form of massage, the vasomotor system is much more powerfully   affected than by any form of still bathing."31

American doctors were concerned about the professional dignity: 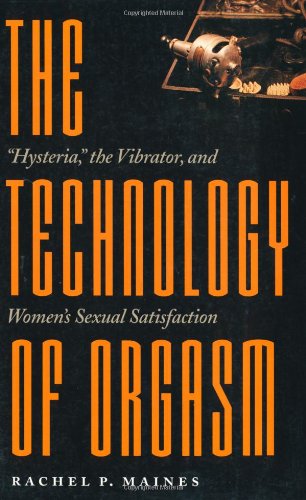 He  had reservations, however, about what he called "local irrigation" to relieve   pelvic congestion in women, not because he thought it ineffective,  but because he deemed it a threat to the decorum of the attending physician:   patients stood in front of the doctor "receiving the column of water  alternately, or as circumstances dictate, upon the spine and anterior surface   of the body-a procedure somewhat startling to the Anglo-American   sense of propriety, and scarcely in accord with our notions of professional   dignity."26

Another English spa of the second half of the nineteenth century provided   horseback exercise, a traditional treatment for hysteria, to its  women patients as an adjunct to hydrotherapy.28

No water therapy for men?

The reported enthusiasm of women for the douche is not surprising.  A jet of pumped water aimed at the male genitalia is more likely to  produce pain than pleasure, but the use of water as a female masturbatory   method is well documented, although in this century it is apparently   employed only by a minority.

It is interesting that there is no major concern with the male orgasm. Easily available orgasms for males might reduce tension, increase happiness, induce relaxation, take the edge off men’s harassment, and even reduce rape.  In spite of this being a difficult project to get funding for, there probably is some research . I would be grateful for people to provide me links to such research.

Medical induction of orgasm is not prostitution?

In this text it is quite clear that women who  need clitoral stimulation to reach orgasm are thought to be making unfair   and unreasonable demands on their male partners, and that life would  be simpler for all concerned if they would simply adjust to the androcentric   model and have their orgasms vaginally. Lowen wrote at a time  when it was no longer possible to simply hand off the job of producing  orgasm to a physician or midwife. When the one-to-one confrontation  cannot be avoided, Lowen expects the woman to yield.

This raises another question about orgasmic treatment as a medical  procedure: its parallels with prostitution. There have been many arguments,   historical and modem, regarding whether it should be legal for  women and men to sell the service of producing orgasm. Some feminists  in this and previous centuries have argued that there cannot be prostitution   without systematic degradation of its practitioners.3 In the case of  Western physicians, the legal question apparently never arose, although,  as we have seen, there was some controversy within the profession as to  the propriety of vulvular massage. Physicians, unlike prostitutes, did not  lose status by providing sexual services, in part because the character of  these services was camouflaged both by the disease paradigms constructed  around female sexuality and by the comforting belief that only penetration   was sexually stimulating to women. Thus the speculum and the tampon   were originally more controversial in medical circles than was the  vibrator. The aura of respectability that physicians cast over their provision   of sexual services suggests that the task of producing orgasm is not  in itself demeaning; performing it did not cause loss of caste for its elite  practitioners, who were capable of disguising its earthy character.

“Medically unexplained” and “functional” encompass a broader swath of distress than just conversion disorder — by some accounts, patients with medically unexplained symptoms account for up to 40 percent of all primary care consultations. But clinicians seeking to avoid the wrath of patients who do not appreciate being told that their debilitating seizures are hysterical in origin also use these blander terms. Is Hysteria Real? Brain Images Say Yes | NYT

Sexual satisfaction and orgasm, a cure-all?

applying the  douche to the "inner surface of the thighs" was an effective treatment of  the sequelae of "imperfect or unsatisfactory intercourse."54

In melancholia,  neurasthenia, hysteria, and "other nervous affections, there is no weapon  equal to the douche in restorative power."55

What is impressive, however, is that the androcentric paradigm of  sexuality-that sex consists of penetration (usually of the vagina) to male  orgasm-is a fixed point in the otherwise shifting sands of Western medical   opinion. By 193o Freud’s notion that women had two types of orgasms,   clitoral and vaginal, of which only the latter was mature and  healthy, had become the dominant paradigm of normative female sexuality.   It was to persist well into the r 970s.

When physicians from John Pechey to David Reuben have instructed   men to stimulate the clitoris, this advice has been given mainly  in the context of a prelude or adjunct to coitus. There typically is great  concern that the male partner not be significantly inconvenienced.

orgasm usually does relieve such symptoms as pelvic hyperemia,   sleeplessness, anxiety, headaches, and nervousness. At the very  worst, the physicians in question have been true to the Hippocratic injunction   to do no harm.

As long as female orgasm could  be medicalized, it did not have to be discussed, which would have called  uncomfortable attention to its apparent conflict with the norm of coitus.

This purported disease and its sister ailments  displayed a symptomatology consistent with the normal functioning of  female sexuality, for which relief, not surprisingly, was obtained through  orgasm, either through intercourse in the marriage bed or by means of  massage on the physician’s table.

Celia Roberts and her  coauthors, studying the faking of orgasm in a sample of college women,  found that "in almost every woman’s interview these practices were
mentioned as something they did, at least some of the time." Male interviewees   were nearly all certain that no woman had ever faked orgasm  with them, an observation about which the authors remark, "Clearly, the  refined performances which women are giving are extremely convincing."   Female subjects explained their behavior by referring to a greater  interest in preserving the stability of their relationships than in reaching  orgasm on every occasion of intercourse.16

Making women orgasm: a job that nobody else wanted

This relegated the task of relieving the symptoms of female  arousal to medical treatment, which defined female orgasm under clinical   conditions as the crisis of an illness, the "hysterical paroxysm." In
effect, doctors inherited the task of producing orgasm in women because  it was a job nobody else wanted.

Like many husbands, doctors were reluctant  to inconvenience themselves in performing what was, after all, a routine  chore. The job required skill and attention;

Vibrators made a hard chore easier.

For the affliction commonly called hysteria (literally, "womb  disease") and known in his volume as praefocatio matricis or "suffocation  of the mother," the physician advised as follows:
When these symptoms indicate, we think it necessary to ask a midwife to  assist, so that she can massage the genitalia with one finger inside, using oil  of lilies, musk root, crocus, or [something] similar. And in this way the  afflicted woman can be aroused to the paroxysm.

This kind of stimulation  with the finger is recommended by Galen and Avicenna, among others,  most especially for widows, those who live chaste lives, and female religious,   as Gradus [Ferrari da Gradi] proposes;

Nowadays cheap vibrators can be bought discretely at any drug store or department store, for muscle tension in your shoulders

. No physician or midwife are needed. Just a very discrete place and a little electric power.

1 thought on “The history of vibrators (2): 2500 years of medical orgasm therapy for hysteria”