A North Carolina teenager faces felony sex crime charges after police discovered sexually explicit photographs of a sixteen-year-old girl on his cell phone. Cormega Copening is a seventeen-year-old high school student at Jack Britt High School. Copening was playing quarterback on the football team before being forced to sit out because of the felony investigation. The Fayetteville youth was arrested and charged with violating state law prohibiting the transfer of “sexually explicit” photographs of minors when police discovered nude photographs of Copening and his sixteen-year-old girlfriend on his phone. Police found the photographs by asking his mother, who pays the bill, if she would permit a search of the cell phone so the police might look for any possible evidence in a separate investigation of statutory rape.

Statutory rape means consensual sex with a minor, who is considered incapable of consenting, i.e. consent is invalidated. That also has difficulties as we show in

Copening was not a suspect in that investigation. During the search, the police discovered the nude photos of Copening and his then girlfriend.

It is sad, but it is safest NOT to cooperate with police. Innocent collaboration can point to some unexpected violation of the law.

A parsimonious explanation to explain the roots of all evil caused by leftist woke policies. Truthrevolution.net’ s Occams razor points to socially accepted and socially required dishonesty and deception as the one singular root cause

Written and unwritten regulations and rules to  cover up Black crime and ” minority” crime must be scrapped. Lying is considered a virtue! Instead, telling the full and unvarnished truth must be the a sacred virtue of media, and duty of police, teachers, and all government entities. (Rare exceptions include public security and privacy5

Whistleblowers who uncover coverups of #RacistFacts, must be rewarded and protected, not shunned and fired. Facts are “racist”

REPORTS ON CRIMES When reporting crimes, it is not permissible to refer to the suspect‘s religious, ethnic or other minority membership […] such references could stir up prejudices against minorities. [GUIDELINE 12.1. by the German Press Council]

To reduce rape, murder15,  a #TruthRevolution is needed! Civil disobedience for immoral gag orders. We must stop deceiving the electorate16.An informed electorate might arrive at drastically different policy decisions than our systematically misinformed citizens.  For 60 years, it has been forbidden to say anything negative about minorities, to avoid stirring up prejudices17.  Misleading the voter by systematically withholding information subverts democracy. 18

Noble social justice goals justify deceptive means. The ‘progressive’ fight against ‘racism’ and ‘inequality’ is considered virtuous.  Zero guilty feelings about withholding “racist” information. Rather, truth-telling is immoral and punishable. #TheTruthIsRacist, telling the whole truth causes “prejudice”, “racism”, xenophobia. We are shocked about socially accepted lies and repression. But there is no widespread moral outrage about lies, deception.  No pity with the victims of political correctness. No sympathy with James Watson, no serious outrage about the raped children in Rotherham, Telford, a Million victims, rape victims Cologne New Year], Sweden, Finland.

There are no street riots demanding to undo the Ferguson effect that costs thousands of black homicide victims per year. Not even Christian fundamentalists assail deceit, lies, and omissions19, no demands for sincerity and honesty.

Pervasive mandatory dishonesty is the the root cause for …..

Citizens have the right to know about minority crime!! It’s evil to muzzle police, media, to deceive the electorate! (Version 4) 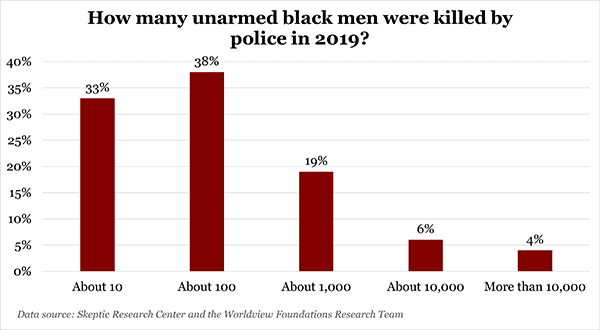