SECTION 50. Any person or judicial entity which violates any of the provisions of this Act shall, upon conviction, be punished by a fine of not less than Five thousand pesos (5,000.00) not more than Twenty thousand pesos (P20,000.00), or by imprisonment for not more than one (1) year, or both such fine and imprisonment, at the discretion of the court: Provided, That for any second and additional offenses, both fine and imprisonment shall always be imposed: Provided, That in case the violation is commited by a juridical person, its President or Chief Executive Officer thereof shall be liable.

We might be proud for the freedom of expression to even burn the flag US flag (but not really to burn the Koran).

For clear thinking, it is interesting to remember that love and respect for National heritage, flag, and anthem are alive in other democratic and free countries.

Total disrespect for one’s nation and its traditions might spell the end of such nation, and its freedom of expression.

Republic of the Philippines

Congress of the Philippines Metro Manila

Lawsuits by victims can hold accountable those, whose cover-up and inaction enables rampant minority crime.  Criminal school bullying, child rape1, prison rape2, looting, 3, mayhem and homicide persist unopposed because #TrueSpeech about  and effective opposition to minority crime is repressed . So far only a few law suits were successful to recover damages for death caused culpable police or school neglect.

Reprinted in full, with permission of TruthRevolution.net

Government has a duty to care for safety of students and prisoners. Government mandates busing white children into high crime schools, to then leave the victims unprotected. Gag orders make sure that no one will ever know, because talking about minority crime is forbidden. Pointing out and opposing minority crime makes law suits, lawyers, and victims “racist”.

Wait, there is more! This article continues! Continue reading “Sue institutions for damages caused by inaction and PC coverups” END_OF_DOCUMENT_TOKEN_TO_BE_REPLACED

John Miller, leader of the Nation of Odin, called for an end to Black men on Sunday morning, {snip}. Why should there be an end to him (Black man)? Because his nature is not in harmony with the nature of God.

Miller went on to claim that white men had squandered the time God gave them to rule, alleging that they had chosen not to rule with righteousness, truth, justice, or fairness.

Miller’s message included a list of traits that he believed were “in the black man’s nature” — namely murder and dishonesty — and he added that while black people were slaves to their natures, what white people do “is by learning from your master.” {snip}

Of course, no one could possibly petition something like that. Because Whites do not have the same rights as Blacks.

The correct text, that did not cause much of a stir, follows here.

A well integrated working Ghanan “resident of Dortmund/Germany” used the female toilet stall keys to enter the stall and grope a women in the privates and breasts.Wait, there is more! This article continues! Continue reading END_OF_DOCUMENT_TOKEN_TO_BE_REPLACED 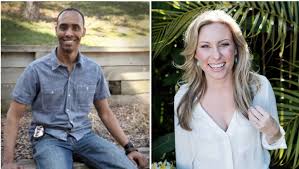 Wait, there is more! This article continues! Continue reading “Google CEO is PC: Genetic Differences Must Not Exist” END_OF_DOCUMENT_TOKEN_TO_BE_REPLACED