Rarely do MSM admit to #RacistFacts. The NYT’s and other Ethics Style Books1 * 2 explicitly require that  media, police, teachers3*4, and social media users5 cover up true #RacistFacts in order not to stir up prejudices.

Over all, though, nearly three-fourths of victims and suspected assailants whose race could be identified were black. {Source: Multiple Shootings |NYT} 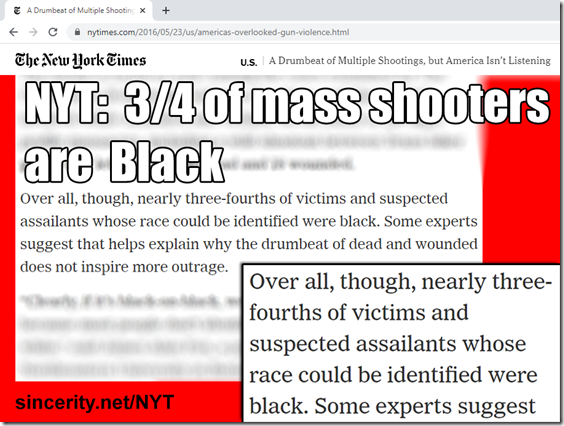 Such admissions, of course, appear, late in an article, hard to find, in convoluted language and never6 repeated, except by Colin Flaherty. Note that the NYT actively distracts from blacks-as-criminal-shooters perspectives and totally focuses on blacks-as-victims issues.