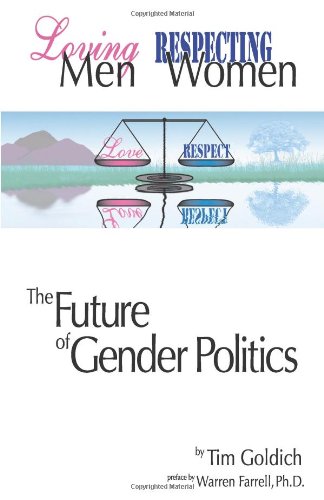 Adam Jones, author/editor of Gendercide and Genocide (2004), has studied these issues in depth. Genocide may be defined as the attempt to exterminate a given population. Gendercide is the selective mass killing of one gender. As Jones makes clear, the gender of choice for extermination is nearly always the male gender. In part, males are selected because males are more easily assumed to pose a threat, but also because males may be slaughtered without over-burdening the slaughterers with guilt and trauma. Moreover, you can slaughter males and provoke only minimal world outrage. In fact, the media will focus mainly on hardships faced by the women deprived of men. […]

“One of the best indicators of the special vulnerability of men and boys is the frequency with which relatives and friends sought to disguise them in women’s clothing,” asserts Jones. “The African Rights report ‘Death, Despair and Defiance’ cites a number of examples of such procedures, which are reminiscent of similar practices followed in the Bosnian and Kosovan conflicts of the 1990s.”[5] Clearly, if females were specially targeted, males would not be donning female clothing. Yet, as the media reaction to Rwandan atrocities makes plain, women will be presented as the victims almost no matter what the truth. Jones continues: source

Why discrimination against males, exaggerating female suffering to the extremes?

Human-Stupidity strived to look behind the facts. we want to understand WHY things are as they are. Why is mail hurt, male suffering and male victimization actively ignored to the point of falsifying statistics. How come that a "Violence against Women act" was not shot down as unconstitutionally sexist by the supreme court.

Why can Hillary Clinton get away with saying that women are the main victims of war, because their husbands and brothers die in war? Not to even mention that there are credible sources that Hillary Clinton battered Bill Clinton in the White House, of course, unpunished.

Even in China, special protection for women, ignoring men

Well, you’ve absolutely got to admit Female Victimization in Bosnia, or Arabia, or China, or whatever . . . right?” People look at me then as if to say: Either he admits MP/FV or his credibility is totally shot. Well, I could be wrong but the best evidence I know of does not support the MP/FV paradigm anywhere at all. My research indicates that matrisensus influence is always a match for patriarchal influence, and brutal places are brutal to both sexes. China? Over a ten-year period, 59,543 men and no women died in coal mining accidents alone![19] Male slaves trafficked into China find prosecuting their slavemasters particularly difficult because Chinese law only protects women from being trafficked in as slaves.[20]

You can go to a brutal place, catalogue only the brutality toward women, and on that basis conclude that women are the victims, but if you don’t research conditions for men, if you don’t compare the female victimization against male victimization, your conclusion is logically bankrupt. Even worse, our perceptions of gender reality are further distorted when the only comparison that is regularly made is the comparison between conditions experienced by the average woman vs. conditions experienced by the elite male. source

Footnote [20]       See, Kang Yi, “Some human traffickers may walk away in ‘slave’ case,” June 15, 2007, www.chinadaily.com.cn/china/2007-06/15/content_895414.htm. “‘Those traffickers who lure migrant workers, mainly adult males, to do forced labor will not be convicted as the criminal code only covers those who traffic women and children,’ Guan Zhongzhi, a lawyer with Zhonghuan Law Firm told chinadaily.com.cn. The legal loophole has put male victims in an awkward position when fighting against their traffickers in the court of law.”

One thought on “Rape and murder of males deemed irrelevant”