A girl has a 100% valid state ID, with her photo and signature, and social security card. The ID proves she is 20 years old.  You engage in sex with her, Film it. Sell it. Due to strict liability statutory rape laws there is no way how you can escape prison after it turns out the girl is 15 and conned the state into falsely giving her an ID. People who distribute your perfectly documented porn, of course go to prison.  Even the press is unaware that 100 000 men who downloaded it, with perfect proof of being over 18 years of age, also can go to prison.

Society could not function if such strict liability without mens rea were the norm.

In early 2010, Tyler Chanel Evans, a 19-year-old exotic dancer, took under her wing a pretty, homeless girl who said her name was Bieyanka. The girl had been standing for hours outside a convenience store with an overstuffed duffel bag. A few days later, the waif stole Evans’s expired learner’s permit and copied her social security number.

A 15 year old girl steals the identity of another girl that helped her when she was lost. Government gives her a legal driver’s license stating her age is 20. 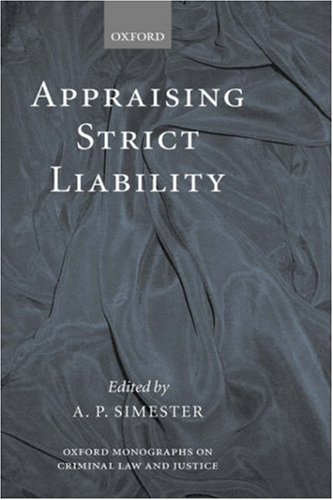 Strict liability and mens rea: go to prison even if you did all possible precautions to avoid a crime

The lawsuit against RK Netmedia, which Sherrita Smalley filed in Miami-Dade court this past December, is still developing. Attorney Grossman says Imber’s LLL Advertising will soon be added as a defendant. Florida criminal law decrees that "a minor’s misrepresentation of his or her age… may not be raised as a defense" in statutory rape prosecution.

The liability is said to be strict because defendants will be convicted even though they were genuinely ignorant of one or more factors that made their acts or omissions criminal. The defendants may therefore not be culpable in any real way, i.e. there is not even criminal negligence, the least blameworthy level of mens rea. Strict liability (criminal)

Strict liability abuse in sex "crimes". No pharmacist goes to prison for filling prescription of doctor with false diploma

Much less will the pharmacist go to prison if the diploma was correctly signed by a State University registrar.

Strict liability makes sense in minor crimes, if it does not need to be proven a defendant knew that there was a non-parking sign. But would anyone be convicted of a parking violation if he could prove that government had put a "Parking" sign there? No! Such insanity only is valid in criminal sex persecutions, 95% of which are against men. If you read legal literature [1] [2] [3] [4] about lack of "mens rea" and "strict liability", it was never meant as means to imprison men that can prove they did everything to assure they only do legal acts. Even if the man can prove that there was no "No Parking" sign, that is enough to prove his innocence, an explicit sign that parking is allowed would not be needed.

For example, in Pharmaceutical Society of Great Britain v Storkwain (1986) 2 ALL ER 635, a pharmacist supplied drugs to a patient who presented a forged doctor’s prescription, but was convicted even though the House of Lords accepted that the pharmacist was blameless. The justification is that the misuse of drugs is a grave social evil and pharmacists should be encouraged to take even unreasonable care to verify prescriptions before supplying drugs.

Now what is the purpose of this teenage sexuality witch hunt?  A Teenage runaway, forging documents to get a true government ID with wrong identity, name, and age, drives stolen vehicles and gets arrested for mayhem. She urgently needs government protection so men would not "use" her for sex? And even the most conscientious men who check ID (but fail to embark on a US$ 20 000 detective background check) would go to jail for a decade?

Is this not counter any understanding of human rights and due process of any sane American or European person? Is this not a pure witch hunt, totally unjust, unfair, against all legal principles?

So who gets protected by these laws? The Antifeminist proposes that these laws are uniquely designed as pure terror to scare off men from any type of sex other then with their aging feminist peers or spouses. See Robert Kurzban about evolution of moral judgments.

Despite the suit, Bieyanka Moore’s video and stills remain easily viewable on aggregating sites online — despite the pleas of Carissa’s family members, who seven months ago posted on several sites: "This is child pornography, and your site can and will face charges!"

Now it is hard, for a web site, to do background checks on any single person appearing there. Even to be updated about every single law suit and newspaper report. So what guilt do these web sites have?

But the saga continues for her real-life alter ego, Tyler Chanel Evans. She was recently called to a Budget Suites in a seedy part of Vegas after Carissa vandalized a hotel room. Then, on April 25, Evans was cuffed on an open warrant for grand larceny and possession of a stolen vehicle. Carissa had given cops Evans’s ID when she had first been arrested for the crime. "Wrong subject booked," the judge wrote in the case file. "The individual was a minor who is being dealt with in the juvenile system. Case dismissed."

Thanks to the police report documenting her claim of a stolen ID, Evans says she was able to stay out of jail: "Now I keep the report in my back pocket."